You can't make this stuff up.  Only in a Black African country:

I guess this is what happens when the Negroes can't count on an affirmative-action admission policy.
Posted by Val Koinen at 7:21 PM No comments:

LIVING LIFE IN A LOONEY-BIN

It just never ends.  On any given day you can browse the mainstream news sites and a few of the better alternative news and White Nationalist sites and your sensibilities will be assaulted by articles promoting White dispossession and racial genocide, and all manner of other symptoms of a very sick society.  Articles that advocate, 'normalize,' and/or attempt to hide the truth about, as the case may be, such things as:


Just over the past few days, for example, we have been treated to the following:

Perversity Parade:  It's hard enough for most of us to decide whether Edward Snowden is a whistle-blowing patriot or a despicable traitor.  But now we have to filter our thinking through the fact that the journalist most prominent in reporting Snowden's revelations about government surveillance on U.S. citizens is a homosexual Jew.  And his 'partner' is a Brazilian mestizo of some sort (here).  Nothing is as it should be anymore, is it?  Nothing is 'normal' anymore, is it?

But wait -- there's more.  It turns out that our other most famous (infamous?) modern-day divulger of secret government activity of questionable propriety, Bradley Manning, who was just a couple days ago sentenced by a military court to 35 years in prison, thinks he is a woman.  He wants hormonal therapy and possibly 'sex-reassignment' surgery while he is serving his time.  You just can't make this stuff up, and nowadays you can't seem to get away from it.

I guess it's the 'new normal.'

Governmental Goofiness:  One could probably turn up dozens if not hundreds of solid examples of government idiocy and wrongdoing on any given day.  A good example that caught my eye this morning had to do with the U.S. taxpayers funding an effort to secure the southern Mexican border.  That's right -- preventing illegals and drug runners from crossing Mexico's border with Guatemala and Belize.  You might want to ask yourself -- why should we pay to do that when we are told we can't afford to secure our southern border with Mexico?  For that matter, why should we do that even if we could afford it?

More News from the National Nuthouse:  Here we have a Negro employee (manager?) at the Department of Homeland Security who maintains a website that advocates a race war against White people.  You just have to wonder how those beliefs and positions fit in with his job description?  And by the way, isn't that the kind of thing that brings the FBI to town in order to harass, if not arrest, White guys who just might say something about killing people, and especially those who might so much as hint at advocating mass murder?

Daily Dose of Discourse Depravity:  In Seattle, as in other places around the country, political correctness has run amok.  Now they are telling us they will no longer be using the terms 'citizen' and 'brown bag,' because such language is likely to offend some groups.

Campus Craziness:  Do you remember all the hullabaloo in years past about high-school and even professional sports teams having to drop team and mascot names that alluded to Indians, redmen, warriors, etc.?  Well, not to be outdone, we now have news of a Denver college deciding, in order to be certifiably politically correct, that they will not bring back a mascot caricature of the legendary pioneer Daniel Boone because it would be too 'polarizing' and 'offensive.'

Immigration Insanity (Bringing the Bhutanese to Boise):  As if we don't have enough non-White immigrants pouring into this country, now our government, always on the lookout for ways to weaken and dispossess the White majority in America, is working to bring these minimally civilized and communistically inclined third-worlders into our communities.

Lawless Latino Lunacy:  Here is one for the books.  While most of us are forced by our financial circumstances to either forego or delay costly surgical procedures, or at best struggle to pay for them (even after we have paid through the nose for insurance that may or may not cover just part of the cost), we now have illegal alien 'immigrants' demanding that U.S. taxpayers provide them with free organ transplants.

Deep, Dark Descent into Diversity Dementia:  Never mind the fact of low average Negro IQ.  Never mind the well established truth of primitive Negro behavioral traits and Negro and Mestizo criminal proclivities.  Never mind the reality of the Negroes' inability to function in a civilized society, as they have demonstrated all over the world in places such as African cities and countries, Haiti, and numerous American cities.  Never mind the alien nature of Mestizo societies (whether in their countries or here in our country).  Never mind the fact that the oft-repeated canard that 'diversity is our strength' is just a damnable lie, and that the opposite is true -- racial diversity results in distrust, dissension, division, and discord.  Never mind that race-mixing with these 'others' contaminates our gene pool and will eventually result in our genocide as a people -- as the most accomplished, commendable, and arguably most admirable subspecies of mankind.  Now, the Obama administration's Department of Housing and Urban Development is working to bring more and more racial minorities into predominantly White neighborhoods all over the land.  See here, here, and here.  Obviously, our government thinks it is a bad thing for us Whites to want to live in harmony amongst our own people and to perpetuate our own kind.
______

Well, enough for one day.  Individually, these events and issues may not be all that important.  But taken in the aggregate, and as symptomatic of what is being done to our people, our culture, and our way of life in America; the point is, I think, that if we Whites don't learn how to correct, counter, and reverse these kinds of things we will soon be ground down to nothingness and our Western Civilization will be tossed into the dustbin of history.  The first step in correcting the situation is obviously to make more of our people aware of the wrongheadedness of these kinds of things.  Then, we have to start doing something about it.

Posted by Val Koinen at 6:53 AM No comments:

DISPOSSESSION OF THE WHITE RACE -- JUST A MATTER OF TIME?

Speaking of things that just might make a White American's blood boil -- is there any question as to what the heavily Jewified directors, officers, and executive management of Time Warner Inc. and Time Magazine would like to see happen to the White founding majority in this country (and in other White countries around the world)? Of what their attitude might be with regard to the ascendancy of the non-White races at the expense of White people? Of what they think of the ongoing social, cultural, political, and economic dispossession of the White majority?

Here they depict a drunkard, whoremonger, plagiarist, communistically-inclined rabble-rouser -- Michael (a.k.a. 'Martin Luther') King -- as a 'founding father' of the good old USA and the 'Architect of the 21st Century': 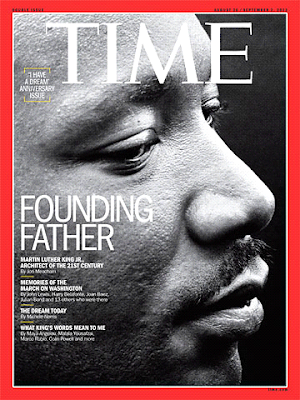 Here they seem to be celebrating the racial destruction of another majority White country, Australia: 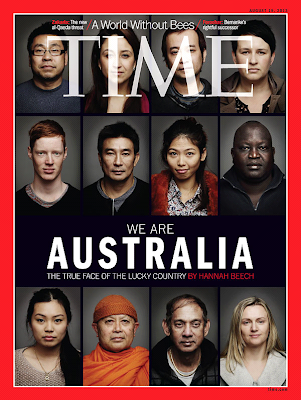 And here is one from last year that seems to be lamenting the status of millions of mestizo illegal alien invaders and promoting their acceptance in our country: 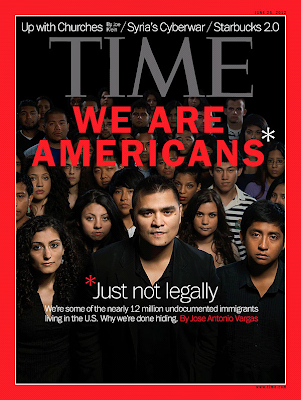 What do you think? Do you smell an anti-White agenda here?  Do you think this is what our real founding fathers had in mind when they labored to establish this once-great country and guarantee us 'freedom of the press'?
Posted by Val Koinen at 3:05 PM 1 comment:


If this won't make the 'average' White American's blood boil, I just can't imagine what it would take:

The trouble is that unlike the Negroes with their totally unwarranted demonstrations, protests, and even rioting brought about by the real justice visited upon their fully grown favorite son, 'Saint
Trayvon Martin' the self-acknowledged hoodlum -- when it comes to one of our own, a real innocent child victim who the authorities say was murdered in an unspeakably savage way by a bestial Negress -- most of us won't do a damned thing about it.  Hell, most of our people don't even know about it, and if they did, most of them probably wouldn't even give a damn.

No wonder we are in trouble as a racial group; as a people.
Posted by Val Koinen at 10:22 AM No comments: